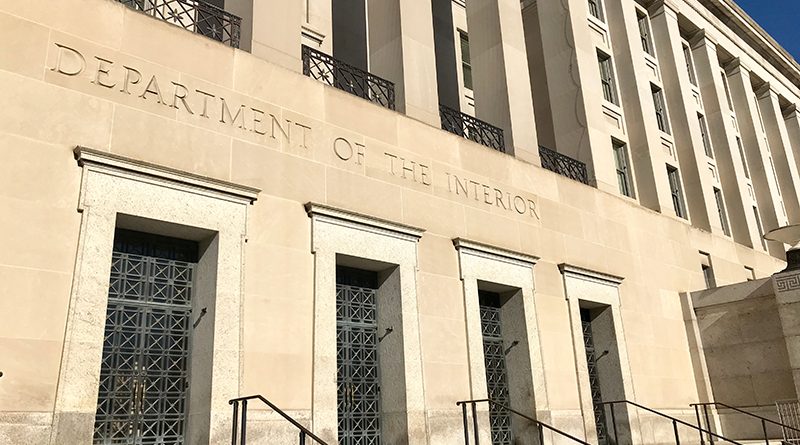 The memorandum released in January directed the Bureau of Reclamation to analyze restoration activities to determine if they were considered “complete.”

WASHINGTON D.C.一 The Biden Administration’s Solicitor’s Office has begun the process of reversing a memorandum seeking to declare environmental restoration in the Central Valley mandated by a 1992 act as completed.

On June 11, Daniel Cordalis, deputy solicitor for Water Resources of the Solicitor, sent a memorandum to the Bureau of Reclamation rescinding a previous memorandum calling for the bureau to analyze restoration projects under the Central Valley Project Improvement Act (CVPIA), which among other things, provides restoration funds to west coast salmon fisheries.

The Memorandum titled, “Interpreting Central Valley Project Improvement Act Sections 3406 and 3407”, was sent out on January 14 and directed the bureau to determine if they could be considered complete under CVPIA.

The language in the Memorandum concluded the projects were completed after reaching the initial stages without looking to see the continued effects and lacked the interagency cooperation covering in the CVPIA.

Congress passed the CVPIA in 1992, which modified the Central Valley Project by mandating changes in the management particularly for the purpose of the protection, restoration, and enhancement of fish, wildlife, and associated habits in the Central Valley and Trinity River basins in California.

There were ten major areas included in the change, including 800,000 acre-feet water dedicated to fish and wildlife; tiered water pricing for new and renewed contracts; water transfers provision, including sale of water to users outside the CVP service area; special efforts to restore anadromous fish population by 2002; restoration fund financed by water and power users for habitat restoration and enhancement and water and land acquisitions; no new water contracts until fish and wildlife goals are achieved; no contract renewals until completion of a Programmatic Environmental Impact Statement; terms of contracts reduced from 40 to 25 years with renewal at the discretion of the Secretary of the Interior; installation of the temperature control device at Shasta Dam; implementation of fish passage measures at Red Bluff Diversion Dam; firm water supplies for Central Valley wildlife refuges; and development of a plan to increase CVP yield, according to the Bureau of Reclamation website.

The Solicitor’s Office concluded the Memorandum violated the CVPIA by not gaining interagency cooperation and did not line up with the goals of the CVPIA.

“In summary, because the Memorandum is not reflective of necessary Departmental collaboration and decision-making regarding important fish and wildlife restoration decisions affecting CVPIA implementation, I am rescinding it and directing the Division of Water Resources and the Division of Parks & Wildlife to work collaboratively and with the appropriate bureaus to determine whether additional guidance is needed,” said the June 11 Memorandum.