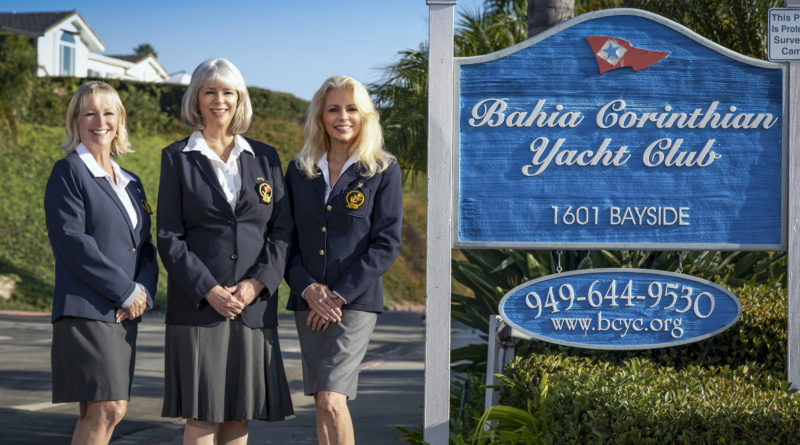 “My goal is to support the mission and purpose of BCYC, and to reinforce its reputation as the ‘friendliest club on the bay,’” Lombardi said in a released statement. “Our goal in 2020 is to continue providing members and their guests the best possible experience a private yacht club can impart.”

Tolar joined Bahia Corinthian YC in 1999 and will be second in command as vice commodore. Her responsibilities call on her to fill in for whenever the commodore is absent or ill, serve as a liaison between the Board of Directors and water-based committees and activities, and chair the club’s Steering Committee. The vice commodore is also a liaison between the board and club on personnel matters and human resources.

“The three of us have worked closely for years in various leadership roles and capacities at BCYC,” Tolar said in a released statement. “Not only are we friends and colleagues, I consider us like family. We care deeply about the club and each other, we communicate well, and we have our eye on the big picture to keep the club vibrant and thriving. It’s going to be a fun year!”

Konapelsky, as rear commodore, will fill in for Lombardi and Tolar should both be unable to tend to their respective duties. She is also a liaison between the board and land-based communities/activities.

Bahia Corinthian YC was founded in 1958 and is located at 1601 Bayside Drive in Newport Beach.