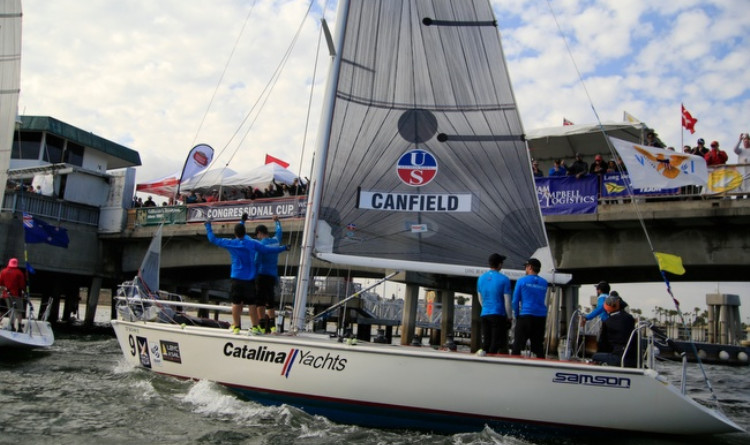 Reigning World Match Racing Tour (WMRT) Champion Ian Williams fresh off a win at the WMRT 2016 season opener in Fremantle, Australia, returns; in an effort to topple two-time defending Congressional Cup champion Taylor Canfield, and recapture the title he won in 2011 and 2012.

In fact seven of World Sailing’s top 10 ranked skippers will compete, with five more spirited opponents nipping at their heels: including two skippers who will earn their berths in the April 1-3 Ficker Cup.

The Congressional Cup is the only keelboat event in the five-stop WMRT. Recently the other venues changed to a one-design, high performance M32 catamaran platform.