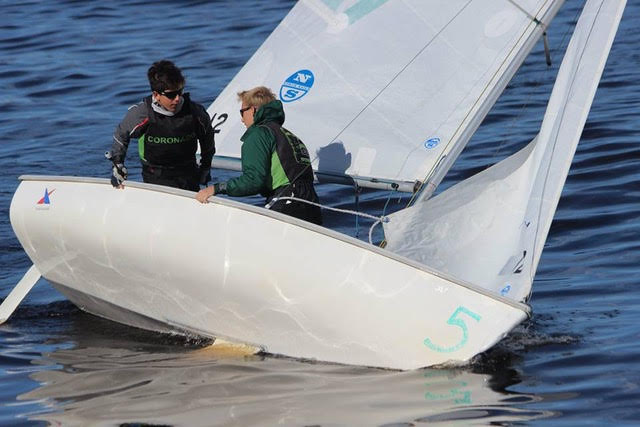 The sailing team hopes to replace its fleet of old FJ class sailboats but receives no funding from the high school.

Maintenance costs for broken, leaking and sometimes sinking boats pose a significant challenge for students and parents. Some sailing students are left high and dry on land due to the poor condition of the boats.

Parents end up paying for coaching, maintenance and regatta travel, since the high school does not fund the sailing team.

“We need more than $92,000 to replace the fleet,” Board President (and mother of two Coronado High sailors) Trish Eaton said. “Two new boats have already been ordered at a cost of $15,330, but we have ten more to go. Donations, no matter how large or how small, will have a direct positive impact on the quality of [the high school sailing team] for many years to come.”

Members of Coronado High’s sailing team learn and use valuable communication and leadership skills while applying complex math, physics and geometry concepts to their sport. They also become knowledgeable about weather, tides and the marine environment.

The team’s alumni have moved on to larger endeavors. Coronado High graduate and sailing team member Paris Henken sailed for the United States at the 2016 Summer Olympics in Rio, while alumnus Cooper Dressler is currently a grinder on the 2017 America’s Cup U.S. syndicate Oracle Team USA.

Current sailing students graduating in 2017 are headed to such colleges as George Washington University and Harvard.