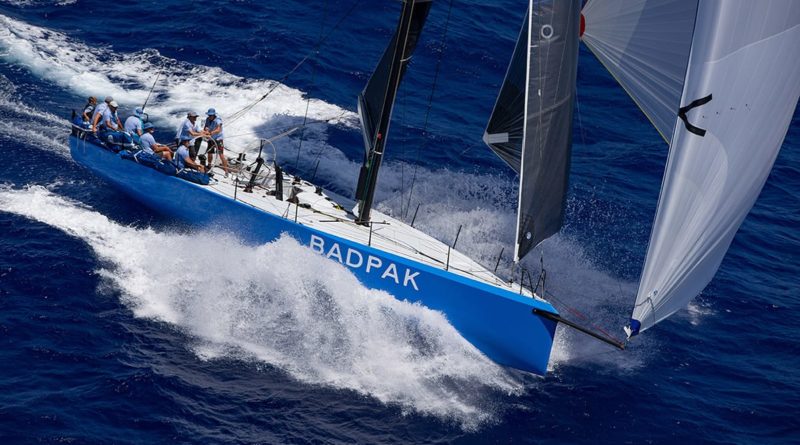 LOS ANGELES (LOG NEWS SERVICE)—Even though still more than one year away, race officials said excitement is building for the 16th edition of the Transpac Tahiti Race 2020, which starts on May 28, 2020.

Already five entries representing a broad range of boat types have signed on to compete in the 3,570-mile voyage from Los Angeles to Papeete, Tahiti first sailed in 1925.

With this strong initial interest, organizers from the Transpacific Yacht Club have issued a Notice of Race that invites seaworthy monohulls of any length more than 30 feet and offshore multihulls of any size to apply for an invitation to compete. The Notice of Race is posted on the Yacht Scoring website and Pre-Registration is open.

The first entry in this cycle of the race, last run in 2012, is Matt Brooks’ 53-foot S&S-designed ketch Dorado. This classic ocean racing yacht launched in 1930 was one of the most successful of the era, winning the 1930 Transatlantic Race, the 1932 Newport-Bermuda Race, and the 1936 Transpac race from Los Angeles to Honolulu.

The other current entries include another team with multiple Transpac wins, Roy Disney’s Pyewacket with the latest version being his Andrews 70 from San Diego. And in the same genre of fast light offshore greyhounds is Damon Guizot’s Los Angeles-based Reichel/Pugh 77 Zephyrus. These two would be the current first-to-finish favorites on this course.

“With the Notice of Race issued and this core of enthusiastic entries, we are very excited to proceed with this next edition of this great race,” Dave Cort of Transpacific YC said.

“Tahiti presents a truly unique destination among finish venues in ocean racing,” Stephanie Betz of Archipelagoes, Tahiti organizer of the next Transpacific Tahiti 2020, added. “Teams will arrive in the middle of our five archipelagos, which are a great playground for sailing.

For more information visit the event’s website at www.transpac-tahiti.com.

In addition to its occasional races to Papeete, the Transpacific YC conducts its biennial Transpac – an offshore sailing race from Point Fermin in Los Angeles to Diamond Head, just east of Honolulu, a distance of 2,225 miles.