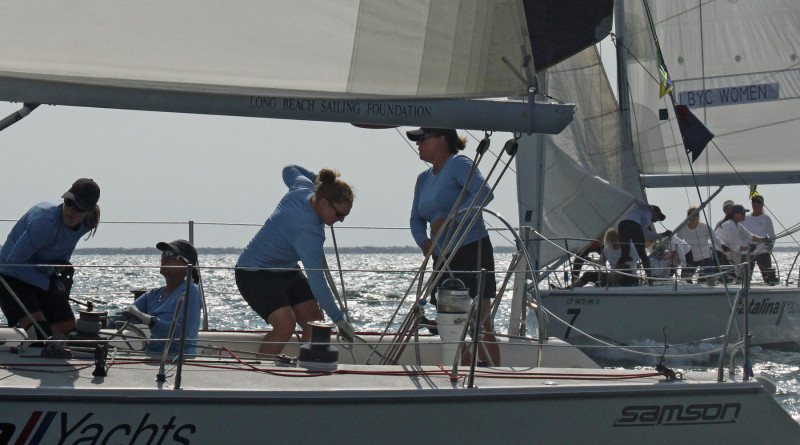 The race is once again held by the Long Beach/Los Angeles Women’s Sailing Association and hosted by Long Beach Yacht Club.

Two-time winner Shala Youngerman (2014, 2015) will be returning for a shot at a three-peat at the helm of one of the Long Beach Sailing Foundation’s Catalina 37.

But, she will have her work cut out for her. At press time, 11 boats had been chartered for the regatta, which is made up of teams from the state of Washington down to San Diego, including a San Francisco Yacht Club team returning to the event after nearly a decade.

The Long Beach YC Women’s Sailing Team with co-skippers Lisa Meier and Wendy Corzine finished in second place last year and will be returning this year in their quest to take home the first place trophy.

The regatta, originally named the Women’s One Design Challenge, was renamed for Linda Elias, a successful female sailboat racer who won the regatta three of the first five years. Elias passed away in 2003 and the LB/LA WSA rededicated the event to her memory.

Spectators can view the racing action from the pier each day from noon-4 p.m.

More information can be found at lemwod.com.