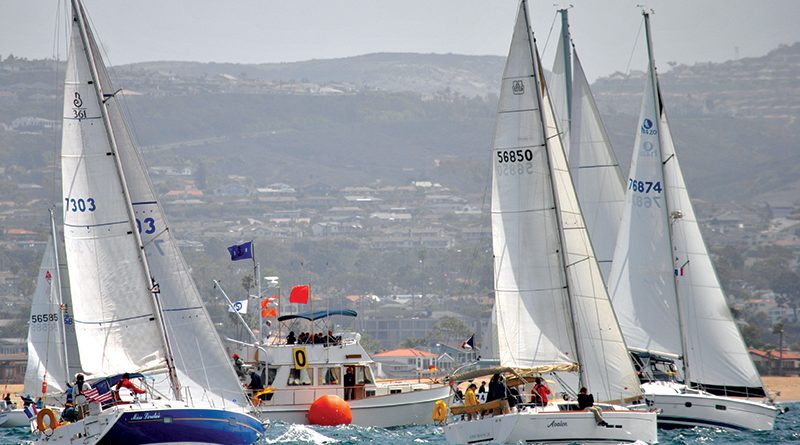 The starting line in 2019 just off the pier in Newport. Provided by NOSA

NEWPORT一 The Newport Ocean Sailing Association announced registration is open for the 74th Annual Newport to Ensenada International Race to be held on April 22, 2022.

“We’re more excited than ever to get racers back out racing as we celebrate our organization’s 75th anniversary,” said Vice Commodore, Administration Phil Herzfeld in a Dec. 10 press release.

The first race was taken by Mrs. Denny Barr skippering Mickey, a 46-foot sloop with the best overall corrected time.

“With an emphasis on camaraderie and competition, the N2E quickly attracted thousands of racers, becoming an event where fun-seeking novices could race alongside celebrities and world-class sailors,” said a press release from NOSA.

The classic race was put on hold in 2020 due to COVID-19 and made a comeback in April of this year with 170 boats entering the race.

The race is ruled by the Racing Rules of Sailing and is open to boats in the PHRF monohull, the ORCA multihull, accepted one-design classes, and the unlimited classes.

Boats must be over 21 feet in overall length and have a current valid rating and certificate for the class entered. Registration opened on Dec. 1 and will remain open until April 7 at 5 p.m. For more information and to register for one of the three legs, visit the NOSA website at https://nosa.org/.