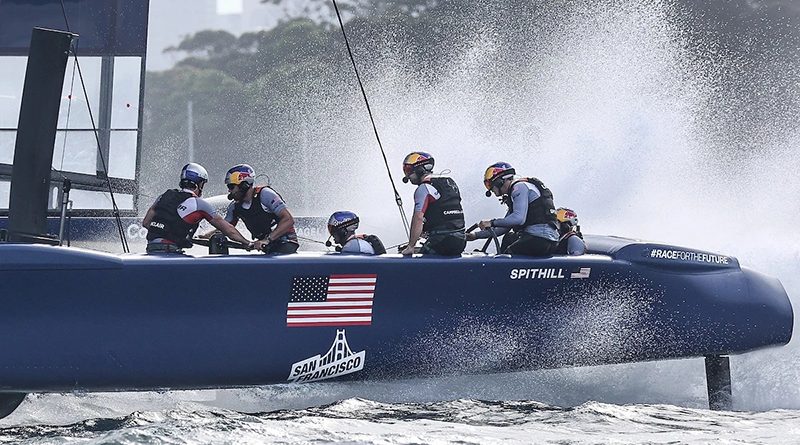 The U.S. brought it back around in season two jumping from last place to an overall second place for the regular season. Image provided by Brett Costello for Sail GP

SYDNEY一 The United States finished in second place at the Australia Sail Grand Prix on Dec. 17 and 18, placing them in the Grand Final set for San Francisco.

The placement put them in an overall second-place spot for the season, qualifying them for the winner-take-all $1 million Season 2 Grand Final at the United States Sail Grand Prix San Francisco, March 26-27.

U.S. Sail GP experienced a comeback story, starting out the season in last place to end up on the podium and in the running for the Grand Final.

“We started the season in last place after being taken out by the Japanese team,” said U.S. SailGP Team’s CEO and Driver Jimmy Spithill. “It was about the worst possible way for a new team to enter a competition. But we’ve fought our way through broken bones, hitting things, and capsizes.”

The U.S. started the first day of races at the bottom of the pack, flipping between sixth and eighth place in the first race; gained a penalty in the second race for an early start but picked it up in the last legs of the race, gaining a third-place spot; in race three the US got caught behind a collision between Japan and Great Britain delaying their start but finished with a second-place spot.

On day two, the U.S. started in fourth place with seven legs of the race in front of them, jumping to third in the second leg of the race behind Japan and New Zealand; they were challenged with high winds and went head to head with Australia finishing in third place; race five had the U.S. in seventh place at the beginning of the race the foils dipped into 55.9 miles an hour, the U.S. came in third on the fourth leg of the race after Spain took a penalty for not letting them in but quickly dropped down to fifth after Australia sped past them and Spain overtook them again, the U.S. jumped back up to a fourth-place where they finished in the last leg of race five.

The final race of the day was between Spain, the U.S., and Australia, the race had the U.S. and Australia neck and neck throughout the race with Australia finishing in a slight lead putting the U.S. in an overall second-place finish.

Per Sail GP rules, only the top three overall teams of the season qualify for entry to the grand final and the $1 million prize.

Going into the Sydney race, five points separated the top four positions on the leaderboard, with Australia at the top, the U.S. and Japan one point behind, and Great Britain trailing behind by just four points. Australia, the U.S., and Spain will face off in San Francisco for the championship.