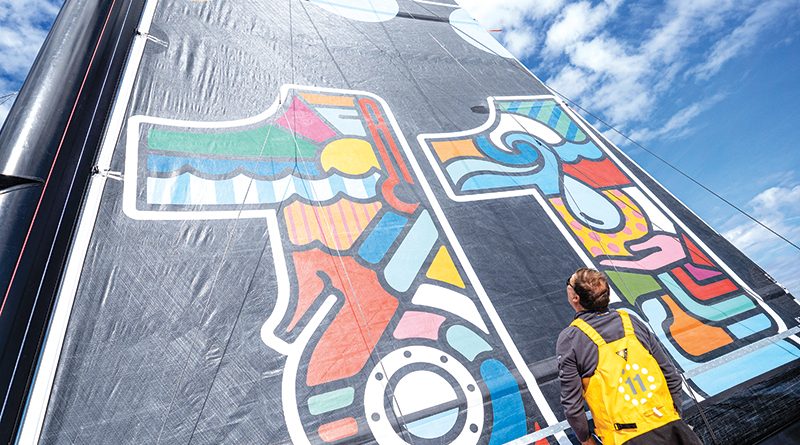 FRANCE— The United States-based offshore sailing team, 11th Hour Racing Team, unveiled its 2022 plans as it builds up to the pinnacle of crewed offshore ocean racing – The Ocean Race 2022-23.

After a 14-month delay, The Ocean Race’s start date is now confirmed as of Jan. 15, 2023, from Alicante, Spain. The Ocean Race is often described as the longest and toughest professional sporting event in the world, sailing’s toughest team challenge, and one of the sport’s big three events, alongside the Olympic Games and the America’s Cup.

The sailing team will spend a large part of 2022 training from its French base in Port la Forêt, Brittany, France on their recently launched IMOCA offshore sailing yacht Mālama.

“2022 is our year for testing reliability and pushing performance,” said Mark Towill, 11th Hour Racing Team CEO, in the press release from Feb. 3. “We have the newest boat in the IMOCA fleet and the first that is specifically designed for crewed racing. The Ocean Race will be an unforgiving 31,700 nautical mile [36,500 miles or 58,700 kilometers] marathon around the planet. We need to ensure that no stone is unturned in our quest for success.”

After a year of short-handed sailing with only two crew members onboard, the team will convert to a fully crewed configuration with five sailors on board. A rotating squad of international talent will support a core crew of sailors to make up the composition of five onboard.

“The length and intensity of The Ocean Race – from a 12,000 nautical mile Southern Ocean leg to the shorter two-week sprints across the Atlantic, will require this set up: attrition will be a reality,” said Towill.

The team’s 2021 racing schedule culminated in a two-boat IMOCA entry in the biennial Transat Jacques Vabre, a first for the double-handed race across the Atlantic from Le Havre, France, to the Caribbean Island, Martinique. With three weeks of on-water training before the start, finishing became the focus for Charlie Enright and Pascal Bidégorry onboard Mālama, as the boat suffered keel fin damage on day eight of the 21-day race while racing in fifth place. This race took place in November of 2021 and was the most recent race for the 11th Hour Sailing Team.

“Mālama’s performance before the incident in the Transat Jacques Vabre was really very promising – the hull shape and the aerodynamics were beyond our expectations. So, our focus for 2022 is going to be on improving the strong building blocks that we have in place. Mālama is currently in the refit shed in France, and we’ll have our first training session in April – four weeks of daily training, with a number of overnight sessions to put the team, and the boat, through its paces,” said skipper Charlie Enright in the press release.

Following the France-based session, the team will then cross the Atlantic for two months of training in its hometown of Newport, Rhode Island.