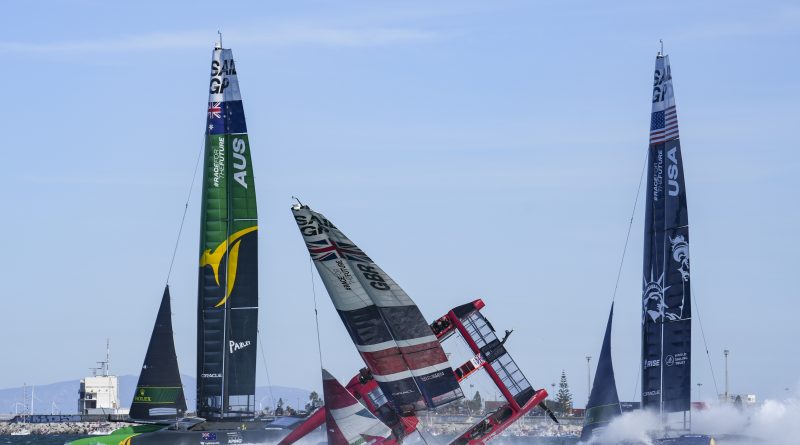 SPAIN一 The last day of the Spain Sail Grand Prix in Cadiz had a dramatic finish with Australia returning to the top of the SailGP Season Championship with their third win of the season after defeating the United States and Great Britain in the winner-takes-all final.

The weekend was full of dramatic turns that included strong winds that made maneuvering tricky. Spain was completely taken out of the race after their Victoria F50 was severely damaged when they capsized during practice. Britain capsized in the finals, losing out to the United States Australia.

This weekend, United States won 9 points coming in second place on the podium and an overall second place seat in the championship, Japan dropped to third, and Britain dropped to fourth place after the accident on Sunday. This is the United States’ fourth podium race of the season, after taking evasive action to avoid colliding with the British team’s capsize at the start of the race.

“Today was definitely on the edge. You’re really in avoidance mode,” said CEO and Driver Jimmy Spithill in an Oct. 10 press release referring to the 20-plus knot winds and sea state. “As we all came off the start line [in the final race] and saw Ben do a huge nosedive, we bowed out to avoid them, which caused us to crash. It triggered our emergency stop systems, effectively shutting the boat down. While we restarted the systems, Tom [Slingsby, Australia SailGP Team] was already far down the line.”

The win takes the United States one step closer to the Grand Final in San Francisco, which will see the top three teams in the Championship race for $1 million.