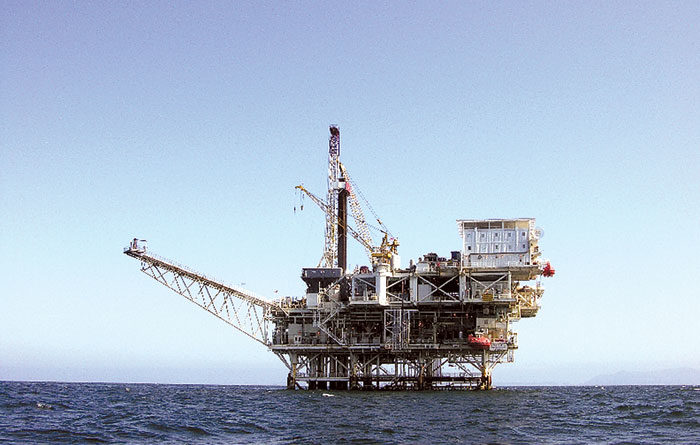 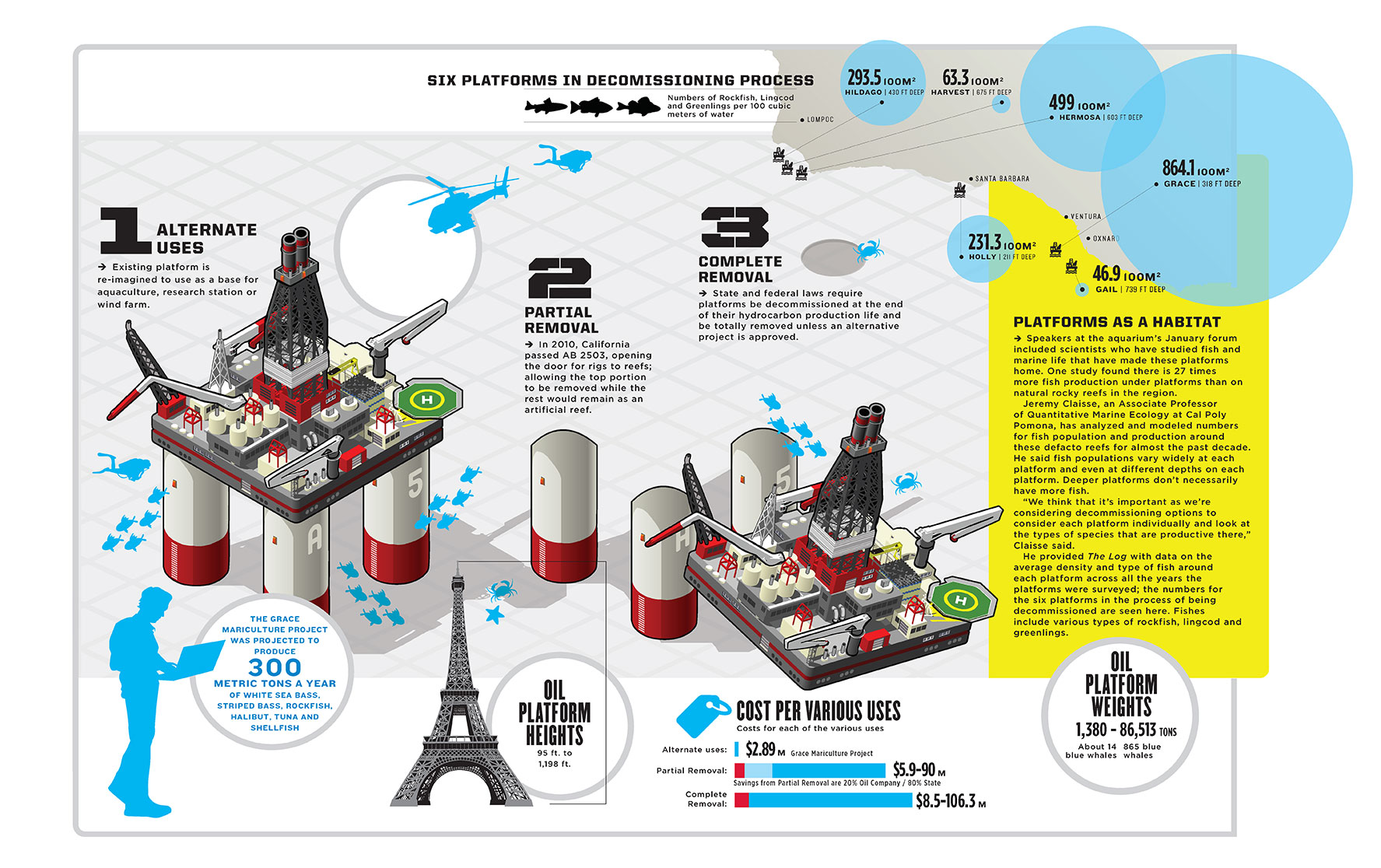 LONG BEACH—A recent event at the Aquarium of the Pacific in Long Beach brought together representatives from federal and state agencies responsible for the decommissioning process of oil rigs off California’s coast. Industry experts and academic scientists discussed the current status of the oil platforms, existing regulations regarding decommissioning, and what actions are needed to create a path toward more sustainable options.

John Smith, a former OCS Decommissioning Consultant with the U.S. Department of the Interior’s Bureau of Ocean Energy Management (BOEM), was among the speakers at the Offshore Oil Platform Decommissioning Forum and an event on March 4 releasing a report summarizing the forum.

There are 27 offshore oil platforms in federal and state waters off the coast of California, ranging in age from 28 to 50 years, with an average life span of 30 years. Smith said five platforms in federal waters are in the early stages of decommissioning; Harvest, Hermosa, Hildago, Holly, Gail and Grace. Platform Holly in state waters is also in the process of being decommissioned. Smith said there would likely be 10 decommissioned in the next decade. Funding the decommissioning process is the operator’s duty.

There are essentially three options when a platform terminates operation, with many factors taken into play. Much of the debate weighs heavily on whether removing the reefs would cause more damage to the ecosystem than leaving them partially in place.

“California can chose any decommissioning option for the four platforms in state waters,” Jerry Schubel, President and CEO of the Aquarium of the Pacific, said in the report. “The choice will depend upon science, societal values, and who shows up at public meetings.”

Alternative uses could include aquaculture, research stations and wind farms. As with partial decommissioning, it would require a specific project proposal and both oil company sign-off and state and/or federal approval.

There have been some proposals in the past. In 2004, when Venoco’s platform Grace was scheduled to end production, Hubbs Sea World Research Institute (HSWRI) proposed using the decommissioned platform to house a large mariculture research program dubbed the Grace Mariculture Project. The program was designed to research the feasibility of using offshore platforms for marine aquaculture and to cultivate species experiencing fishing pressure in California waters.

It was projected to culture 300 metric tons a year of white sea bass, striped bass, rockfish, halibut, yellowtail, tuna and shellfish such as mussels and white abalone, with a profit of $2 million annually, according to a Los Angeles Times article.

“Fishery Management Plan for Regulating Offshore Marine Aquaculture in the Gulf of Mexico, Environmental Impact Statement,” estimated initial start up costs for the operation would have cost $2.89 million. Ultimately, the project was abandoned when Platform Grace’s wells returned to production in 2007 after a rebound in oil prices.

In 2010, California passed Assembly Bill 2503 (AB 2503), allowing for decommissioned oil rigs to be turned into reefs as an alternative to being completely removed. This could be done by cutting off the top portion and allowing the rest to remain or tipping over the structure once the top portion is removed.

“Its seems on average, about 90 percent of the fish biomass and production should remain,” said Jeremy Claisse, an associate Professor of Quantitative Marine Ecology at Cal Poly Pomona who has been studying fish under the platforms for about the past decade.

Each platform would be addressed individually, requiring a specific project, approval from the operator and sign off from either the Bureau of Safety and Environmental Enforcement (BSEE) for platforms in federal waters or the State Lands Committee for platforms in state waters.

“The Politics, Economics, and Ecology of Decommissioning Offshore Oil and Gas structures” By Michael Vincent McGinnis, 2001, estimated partial removal would cost $5.9 million to $90.3 million. Complete removal was estimated to cost $8.5 million to $106.3 million. Smith said the state would get 80 percent of the savings from partial decommissioning, while the oil company would get 20 percent.

State and federal laws require platforms be decommissioned at the end of their hydrocarbon production life and be totally removed. The costs, environmental disruption to the abundance of life on the platforms, environmental impacts and feasibility of removal have been the focus of much debate.

Due to the weight of the platforms, which can be as much as 86,513 tons, removal would require specialized heavy lift barges, of which only a few exist in the world.

“You’re essentially bringing in a power plant,” said Smith at the March 4 event. “It would serve 20,000 people for a whole year. That’s the amount of power and generation.”

Smith said there is also the issue of where onshore the massive metal pieces could be brought to; saying California does not have the infrastructure for that.

Platforms as a habitat

Speakers at the aquarium’s January forum included scientists who have studied fish and marine life that have made these platforms home. One study found there is 27 times more fish production under platforms than on natural rocky reefs in the region.

Jeremy Claisse, an Associate Professor of Quantitative Marine Ecology at Cal Poly Pomona, has analyzed and modeled numbers for fish population and production around these defacto reefs for almost the past decade. He said fish populations vary widely at each platform and even at different depths on each platform, noting deeper platforms don’t necessarily have more fish.

“We think that it’s important as we’re considering decommissioning options to consider each platform individually and look at the types of species that are productive there,” Claisse said.

He provided The Log with data on the average density and type of fish around each platform across all the years the platforms were surveyed; the numbers for the six platforms in the process of being decommissioned are seen here. Fishes include various types of rockfish, lingcod and greenlings.