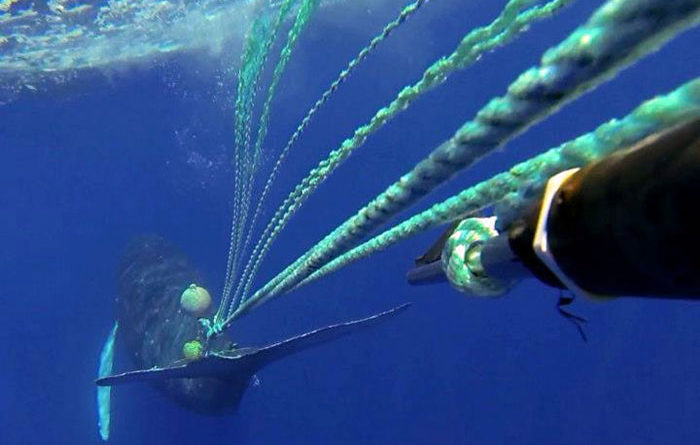 Proposal would duplicate efforts to financially assist environmental groups, according to top executive.

Brown, in his veto message of Senate Bill 290 (SB 290), explained the State Senate proposal was duplicative and efforts to fund emergency responses of marine life entanglements are already appropriated through the state’s budgeting process.

“Our recent budgets have provided funds to the [Karen C. Drayer Wildlife Center at the University of California, Davis] for the purposes outlined in this bill,” Brown said in his veto message. “This is a fiscal question that is best addressed through the budget process instead of a standalone bill.”

State Sen. Hannah-Beth Jackson introduced SB 290 in February; the bill cleared the State Senate by a 31-9 vote in May. Assembly members approved SB 290 by a 60-15 vote in early September.

Existing law, save for federal exceptions, already makes it unlawful to take marine mammals. Fisheries are mandated to “reduce incidental mortality and serious injury to marine mammals,” according to a legislative analysis of SB 290.

More than $3 million was already allocated to the Drayer Wildlife Center in the previous two fiscal years to administer emergency responses through its Marine Mammal Stranding Network.

Jackson’s bill would have required grants to be issued on an emergency basis only; any use of funds to cover operating expenses would have been prohibited.

Qualified organizations, defined in Jackson’s proposal as a member of the National Marine Mammal Stranding Network or Large Whale Entanglement Response Program, would specifically be allowed funding “to offset costs resulting from marine mammal or sea turtle entanglement or stranding emergency response activities,” according to a legislative analysis.

Federal grants for such emergency response activities were cut by 75 percent in 2013, according to a State Senate analysis of SB 290, resulting in funding shortages.

Data from the National Oceanic and Atmospheric Administration (NOAA), however, indicates the entanglements and stranding of whales and sea turtles have resulted in death.

“NOAA data show numerous [stranding events] and entanglements resulting in sea turtle deaths for multiple federally endangered or threatened sea turtle species for 2012-2017,” a legislative analysis of SB 290 stated. “In addition, there were 61 whale entanglements in fishing gear off the U.S. West Coast in 2015. There were an average of eight large whale entanglement reports per year from 2000 to 2012 in California.”

Jackson, in a statement released shortly after SB 290 was introduced, stated whales could suffer from dehydration, drowning and starvation as a result of entanglements.

Whales have reportedly become entangled with fishing gear or Dungeness crab traps, according to a previous report in The Log.