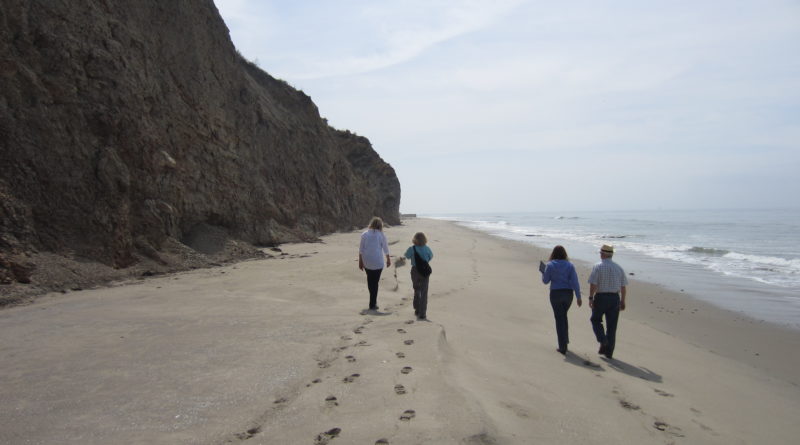 Hollister Ranch’s public access issues could finally be resolved thanks to AB 1680, while SB 367 would offer more grants to educational programs on coastal resources.

SACRAMENTO—The 2019 legislative session is officially over, as Gov. Gavin Newsom has either signed or vetoed all bills he received from the most recent session. Two bills he signed into law on Oct. 9 were Assembly Bill 1680 (AB 1680) and Senate Bill 367 (SB 367). AB 1680 will require public access at Hollister Ranch. Public access was also the theme of SB 367, the bill granting the State Coastal Conservancy to provide grants to protect coastal resources.

The coast north of Santa Barbara and south of Grover Beach is one of the least accessible stretches of coastline in California. AB 1680 will make a portion of that stretch more accessible to the public, thanks to Newsom’s signature of Assembly member Monique Limón’s bill.

A legislative analysis of AB 1680 stated only two miles of the Gaviota coast is accessible to the public. Vandenberg Air Force Base (98,000 acres), Cojo Jalama Ranch (24,000 acres) and Hollister Ranch (14,000 acres) predominantly occupy the nearly 60 miles of coastline north of Santa Barbara and south of Grover Beach.

The California Coastal Commission approved a Hollister Ranch Public Access Program in 1982. The program, however, was never implemented. AB 1680 directed the Coastal Commission and other state agencies to develop a new public access plan by April 1, 2020, replacing the program established in 1982.

“The new plan must have minimum requirements, which include access by land,” a legislative analysis of AB 1680 stated. “If a new plan is not developed, AB 1680 would direct all relevant state agencies, boards and commissions to utilize their authority under law to implement, as expeditiously as possible, the adopted 1982 access plan at Hollister Ranch until a new plan is adopted.”

The Hollister Ranch area was approved for new housing in the 1970s, but the property owners challenged the development plan, arguing a third-party (Hollister Ranch Owners’ Association) would not allow the necessary easements.

A plan was finally developed in 1981 to allow up to 500 visitors per day at Hollister Ranch and the construction of beach facilities (picnic areas, bicycle access, bathroom, showers, a main road and shuttle service). The plan, however, was never implemented.

Members of the Hollister Ranch Owners’ Association finally came to an agreement with several state agencies in 2018, where a portion of the beaches at Hollister Ranch would be open to the public.

AB 1680 could finally break the ice and establish a public access plan all parties involved could agree to – or else the 1982 plan would be in place.

Limón is a Democrat representing Santa Barbara and portions of Ventura County.

The State Coastal Conservancy will be able to award more grants to increase coastal access opportunities.

“SB 367 will build on the [State Coastal Conservancy’s] efforts to increase coastal access by allowing grants for technical assistance and for the construction or improvement of onsite and distance learning facilities,” a legislative analysis of SB 367, quoting the bill’s author, State Sen. Lorena Gonzalez, D-San Diego.

California’s State Coastal Conservancy would, according to SB 367, be able to pursue educational programs and projects relating to “the preservation, protection, enhancement and enjoyment of coastal resources.”

Programs providing historical and scientific content of coastal and ocean resources would also be supported under SB 367.

“Coastal access barriers are particularly challenging for low-income and inland populations,” the legislative analysis continued. “Educational and recreational opportunities may serve as one mechanism in addressing the problem.”