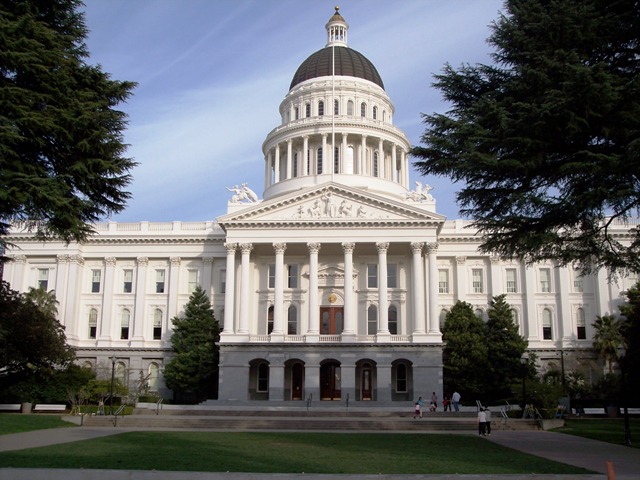 Fish that cannot be weighed or sized would be allowed to be brought ashore under SB 1080, while AB 3072 proposes minor changes sportfishing report card possession.

SACRAMENTO—Two bills proposing to make changes to California’s sportfishing regulations were introduced in both houses of California’s legislature on Feb. 19 and 20. One of those bills – Assembly Bill 3072 – makes non-substantive changes to existing law. The other proposal – Senate Bill 1080 – would change existing law to allow anglers to bring a fish whose weight or size could not be determined to shore, but under specific conditions.

State Sen. Brian W. Jones, R-Escondido, introduced SB 1080 on Feb. 19. The proposal, titled “Fishing: Inspection of Fish,” would change existing law governing the recreational take of certain fish and whether it could be brought to shore.

Existing law makes it illegal for any boat to possess or bring to shore, if the fish’s condition makes it impossible to determine its weight or size.

Jones’s proposal would change California law to authorize anyone angling in a lake, at the Sacramento-San Joaquin Delta or on any other inland water to bring a fish, whose condition makes it impossible to determine its size or weight, ashore, so long as it can be cleaned or otherwise cut once the fishing trip is over.

The boat must be “temporarily attached to a dock or other permanent structure” at the end of the fishing trip.

SB 1080’s first stop is the State Senate is the Rules Committee.

Assembly member Frank Bigelow, R-Fresno, brought AB 3072 to the Assembly floor on Feb. 20. The proposal makes one simple change to the language of existing law: it changes the pronoun use of “his or her” to “their” – no other substantive changes are proposed.

“Existing law prohibits the owner or operator of a licensed commercial passenger fishing vessel from permitting any person to fish from that boat or vessel unless the person has in their possession a valid sport fishing license and any required license stamp, report card, or validation,” the language of AB 3072, which is titled Commercial Passenger Fishing Vessels: Sport Fishing Licenses, stated.

Bigelow proposes taking out a portion of existing law that says “has, in his or her possession” and replaces the language with “has in their possession.”

“The owner or operator of a boat or vessel licensed pursuant to Section 7920 shall not permit any person to fish from that boat or vessel unless that person has, in his or her possession, has in their possession a valid California sport fishing license and any required stamp, report card, or validation issued pursuant to this code,” the language of AB 3072 stated.

AB 3072 might be heard by a committee on March 23; the bill, however, has not been assigned to a committee.