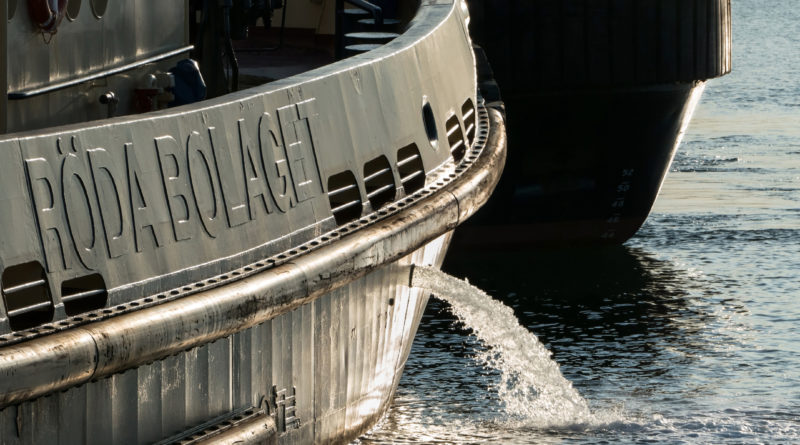 Gov. Gavin Newsom will decide whether or not to sign AB 912 into law.

SACRAMENTO—A bill proposed by Assembly member Al Muratsuchi to update the regulation of a vessel’s ballast water discharge has made it out of the state legislature and is in on Gov. Gavin Newsom’s desk for signature or veto.

Assembly Bill 912 (AB 912) would update the Marine Invasive Species Act to define the word “land,” revise boundaries used to define the Pacific Coast Region and require anyone in charge of a vessel to maintain a record in the ballast water log book as to the safety reasons used to not maintain “a ballast water management practice.”

“[AB 912] revises and recasts ballast water management law, including delaying dates by which the owner or operator of a vessel must implement interim and final performance standards (zero detectable living organisms) for the discharge of ballast water,” the most recent legislative analysis of AB 912 stated. “[AB 912 would also require] the State Lands Commission (SLC) to adopt regulations implementing federal performance standards for the discharge of ballast water; and, authorizing the SLC to take samples of ballast water, sediment, and biofouling from arriving vessels for research purposes.”

SLC would require vessels to meet ballast water discharge standards by a certain date. This would allow vessels to ultimately be in compliance with federal regulations.

Muratsuchi’s staff said the proposed law would update standards to protect state waters from non-native organisms and ensure “the ballast water discharge standards are enforceable given current technology, and that California’s standards are not pre-empted by federal law.”

AB 912 did not have any significant or additional state costs to implement, according to the most recent legislative analysis.

The Marine Invasive Species Act, according to language of AB 912, implements and administers laws “regulating the uptake or discharge of ballast water from vessels that impact marine species in the state’s waterways.”

A master, operator, owner or other person in charge of a vessel carrying ballast water, under the Marine Invasive Species Act, is required to “minimize the uptake and release of nonindigenous species, including, among other things, to clean the ballast tanks regularly in mid-ocean waters, or under controlled arrangements in port or in drydock.”