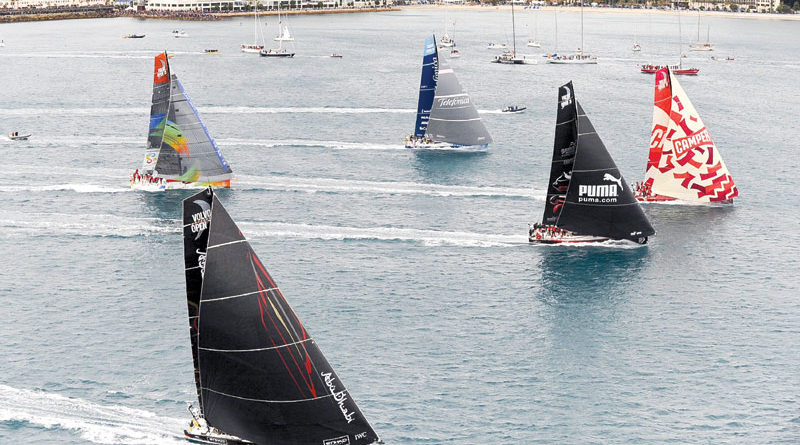 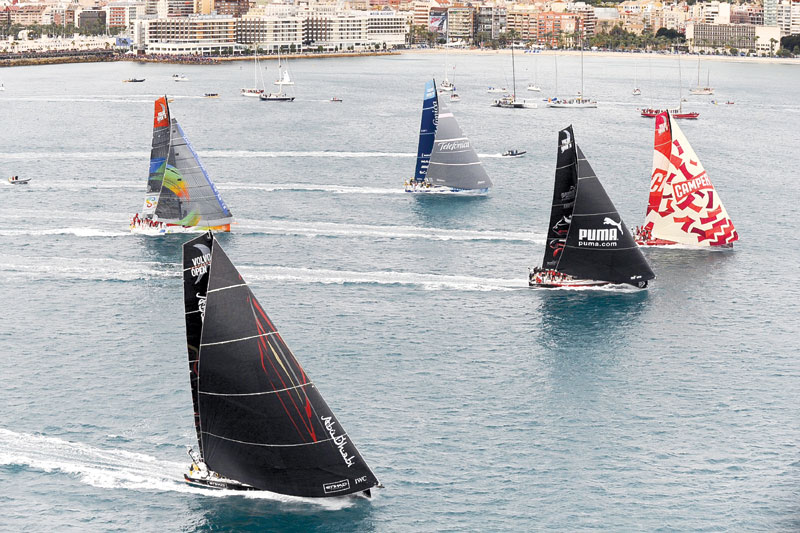 CAPE TOWN, South Africa (AP) — Volvo Ocean Race boats will be loaded onto a ship and protected by armed guards when they pass through the pirate-filled waters off the East African coast, organizers said Thursday.

The yachts, worth millions of dollars, will be picked up by a heavy lift ship in an undisclosed “safe haven port” in the Indian Ocean during the second leg, which started Dec. 11 in Cape Town.

Spain’s Team Telefonica won the first leg of the Volvo Ocean Race and, at press time, was the leader in the event with 31 points, followed by Camper (Spain/New Zealand) with 29 and the French entry Groupama with 22.

Unveiling their “anti-piracy plan,” Volvo Ocean Race officials said the yachts will be transported to a second starting point near Sharjah for the leg’s final run to Abu Dhabi, so crews are not exposed to the dangerous channel off Somalia.

The transport ship will be manned by armed guards and feature “other security measures,” according to organizers. Race crewmembers will not travel on the ship.

“We have done everything in our power, taking the advice of the leading experts in the world in marine protection, to minimize the risk to our boats,” said race chief executive Knut Frostad. “We are still a round-the-world race, we still navigate the globe, but we are simply avoiding part of the ocean which we are advised is unsafe for our boats.”

The Volvo Ocean Race announced in August it would move the second and third legs of this year’s event because of the high threat of piracy off East Africa and in the Arabian Sea.

The yachts can cost more than $10 million each to design and build, making them an attractive target for pirates.

The International Maritime Bureau recorded 409 piracy attacks in 2011, 230 of them off the coast of Somalia. The bureau says Somali pirates currently hold 10 vessels and 172 hostages.

The six Volvo Ocean Race boats left Cape Town the weekend of Dec. 11 as planned and have been tracked as normal. The tracking will stop when they reach a point in the Indian Ocean where their position indicator will be switched off to the public. Then, they will make their way to a secret “safe haven port,” to be loaded onto the ship.

Race organizers will decide where the leg will be restarted off the coast of the United Arab Emirates for the short sprint to Abu Dhabi.

“It is unfortunate that we have to take these measures,” said race director Jack Lloyd. “The teams all understand the situation and have given us their full support.”

The scoring system will also be modified for the leg.

The Volvo Ocean Race has already had its share of drama, with three of the six-strong fleet failing to reach Cape Town from Alicante, Spain, where the event started Nov. 5.

Abu Dhabi and Puma both were dismasted at sea, while the boat raced by Team Sanya of China experienced hull damage. All three were shipped to Cape Town and were repaired in time for the Dec. 10 point-scoring race at the port.