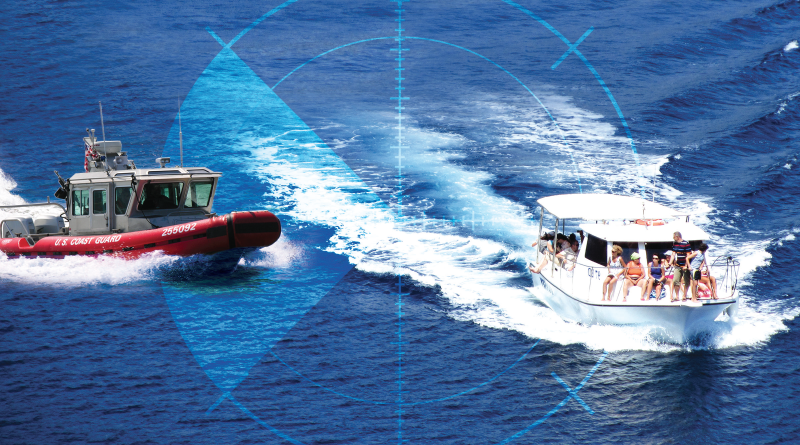 If you own a recreational vessel of any size then it’s possible, maybe even likely, you’ve considered renting it out to a third party to make a few extra dollars.

Perhaps someone thought it would be a great idea to host a group of friends aboard your boat for a Friday night party, even offered to pay a few hundred dollars as rent for the evening. Maybe a group of seven or eight anglers want to go out on a fishing trip and figured it’d be more convenient to hire your boat than to go through a commercial landing.

The reasons why anyone might want to rent out your boat – whether for a few hours, the weekend or longer – are aplenty. Any of those reasons could get you in trouble with regional or federal law enforcement authorities, if you are not an authorized passenger-for-hire.

Any vessel owner operating a vessel as a for-hire service but without the proper U.S. Coast Guard documentation is in violation of federal law. Captains are required to meet certain licensing requirements, while a vessel must past a safety inspection.

On March 16 the Coast Guard announced it would ramp up monitoring of illegal charter activities “to ensure public safety on local waterways.”

The Coast Guard specifically will be cracking down on recreational boaters using their vessels to carry more than six passengers for commercial purposes. Any vessel with six or more passengers must have a valid and current Certificate of Inspection from the Coast Guard.

“The Captain of the Port issued several ‘Captain of the Port Orders’ to specific vessel operators to cease operations as commercial vessels carrying more than six passengers, including one passenger for hire, and in some cases to cease operations carrying any passengers for hire,” Coast Guard officials stated in the March 16 announcement. “A passenger is considered for hire if they contribute any economic benefit, monetary contribution, or a donation as a condition of carriage, to any person having an interest in the vessel, unless the contribution is from a voluntarily sharing of voyage expenses.”

Only Coast Guard credentialed or licensed vessel operators are permitted to carry passengers for commercial purposes. A Coast Guard issued Certificate of Inspection, which verifies certain federal safety standards have been met, must be conspicuously displayed on any vessel carrying six or more passengers.

Passengers booking a passenger-for-hire service – especially if the reservation is made online – should ask the operator several questions to determine whether or not the charter is legal, according to the Coast Guard team in Los Angeles-Long Beach.

“When reserving trips, prospective passengers are encouraged to ask the operator in advance for proof the vessel is compliant with Coast Guard requirements. Passengers may also request a vessel’s captain to show his or her valid Coast Guard license,” Coast Guard officials stated.

The Coast Guard’s March announcement coincided with The Log’s reporting of a series of illegal charter, passenger-for-hire or “boat and breakfast” activity in the Los Angeles, Orange County and San Diego areas.

A recreational boater in Marina del Rey, for example, allegedly engaged in an illegal commercial charter operation in March 2016. Unauthorized passenger-for-hire activity has also been a growing issue for Harbor Police officials in San Diego. The Log reported an increase of illegal charter activities in the Port of San Diego last summer.

Los Angeles County and Port of San Diego officials have been working to craft policy to curb illegal charter activity.

Meanwhile the Port of San Diego could be drafting a policy regulating illegal charter operations within the next few months. The city recently looked into cracking down on short-term vacation rentals (AirBnB, etc.) in residential districts, courtesy of an opinion issued by San Diego City Attorney Mara Elliott in mid-March.

Port district staff confirmed the city attorney’s opinion does not apply to marinas and boating operations. San Diego’s City Council, according to news reports, struggled to move forward with Elliott’s opinion, so the potential regulation of illegal charters or boat and breakfast activity via curbs on short-term vacation rental activity is still a fluid situation.

A spokesperson with the Port of San Diego, in an email to The Log, stated multiple agencies are developing a standardized approach to address illegal charters in the harbor.

“Illegal charters are a problem in ports throughout the country. Locally, Sector San Diego of the Coast Guard has put together a joint working group called the ‘Illegal Charter Working Group’ to address local, illegal charters,” the port district spokesperson stated.

“The Port of San Diego is a part of that working group along with the Coast Guard, Customs and Border Protection, the US Attorney’s Office, San Diego City Attorney’s Office, Sport Fishing Association, and representatives from Mission Bay and Oceanside,” the spokesperson continued. “Because some activities are either federal, state, local or a combination, it’s critical that all levels are represented in the working group.”

Illegal charters in Oceanside Harbor and San Diego’s Mission Bay would also be addressed, according to the port district spokesperson.

“The group will consider any amendments that may be necessary with existing regulations,” the spokesperson stated. “Ultimately, the group will put together a public education piece before any efforts to enforce new vessel charter laws.”