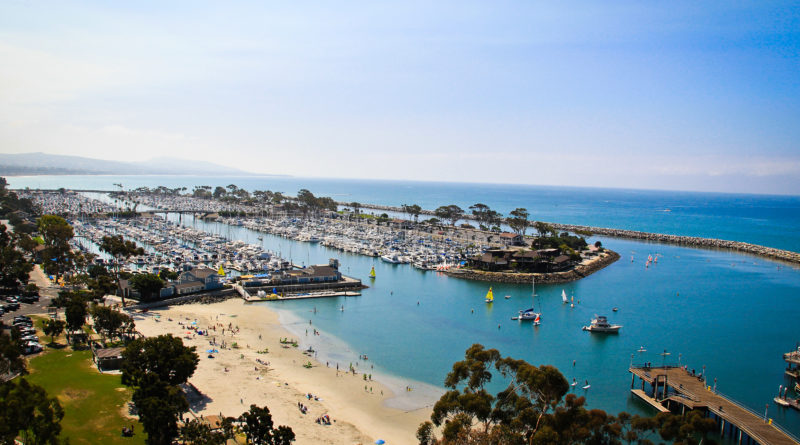 Boaters, who’ve waited for upgrades since the 1990s, are hopeful for a decision.

Update: Orange County staff announced Dana Point Harbor Partners LLC was recommended as the revitalization’s developer. The announcement was made after The Log‘s current issue went to press. County supervisors will review the staff recommendation at their Oct. 17 meeting.

DANA POINT — Someone born in 1997 is almost old enough to legally purchase alcohol – yet there has been no major work on Dana Point Harbor’s planned revitalization in the more than 20 years that has elapsed since boat slip and waterfront upgrades were first proposed.

Orange County could be on the verge of hiring a vendor to execute the Dana Point Harbor revitalization as part of a public-private partnership – a selection process, in and of itself, which has played out for about 19 months.

The selection of a vendor to oversee the revitalization of Dana Point Harbor – which opened in the early 1970s and has not been updated since – has been a long time coming for local boaters and businesses. Revitalizing Dana Point Harbor has been on the drawing board since 1997, but the county-managed waterfront is effectively the same today as it was 20 years ago.

Of course there was a groundbreaking ceremony on the revitalization in 2016 and landside upgrades on a local road, but the substance of waterfront improvements has been lacking ever since county officials first introduced plans to renew Dana Point Harbor in the late 1990s.

Orange County has already spent about $20 million on the revitalization since 1997 – though no substantive work has been completed.

The vendor selected to execute its updated vision for Dana Point Harbor would be overseeing a roughly $200 million revitalization.

Members of Dana Point Boaters Association (DPBA) were cautiously optimistic of future plans. The advocacy group’s September newsletter predicted the Orange County Board of Supervisors could be weighing in on a recommended development team to move forward with the revitalization plan in mid-October.

Whoever is selected could be operating the revitalized harbor for 66 years, per the terms of Orange County’s Request for Proposals.

None of this factors in what would happen once a developer/operator is actually selected.

“If we dare to predict any further into the future, we should expect one to two years of entitlements (Coastal Commission approvals, building permits, etc.), followed by four to five years of construction. But that’s wild speculation based on our experience and what we know so far,” DPBA’s September newsletter to membership stated. “So don’t put too much faith into it. A new harbor by 2025?”

Potentially complicating matters was Orange County’s decision to rescind plans to establish the Dana Point Harbor Advisory Council. The 11-member panel would have effectively served as a harbor commission, yet the council was shut down hours before it was set to go online.

County officials told The Log the council would be replaced by an ad hoc committee in order to provide boaters and other stakeholders with a forum for public input on revitalization and other harbor matters. Dana Point’s boaters, however, remain worried whether they would be able to maintain a voice at the county level.

What happens in the coming weeks could offer some answers as to whether the harbor revitalization moves forward in earnest or if the project experiences further delays. DPBA President James Lenthall indicated the Board of Supervisors could be selecting a development partner at its Oct. 17 meeting, so some clarity might be around the corner.

For now all we do know is Orange County hopes to revitalize Dana Point Harbor with a new 136-room hotel, 2,409 upgraded boat slips (with 42 guest boat slips), nearly 4,000 parking spaces, dry boat storage space and more than 30 acres of retail or commercial uses, among other amenities.